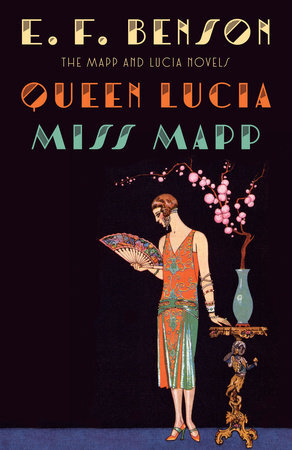 E. F. Benson's beloved Mapp and Lucia novels are sparkling, classic comedies of manners set against the petty snobberies and competitive maneuverings of English village society in the 1920s and 1930s.Benson's series revolves around two unforgettable characters, both forceful and irrepressible women who dominate their respective villages in southern England and who will eventually end up hilariously at war with each other. Lucia is the more deadly of the two, with her pretentious tastes, treacherous charm, and lust for power. Miss Elizabeth Mapp, on the other hand, is younger and more forceful and able to terrify her opponents into submission. Benson introduces these splendid comic creations in the first two novels of the series, Queen Lucia (1920) and Miss Mapp (1922).