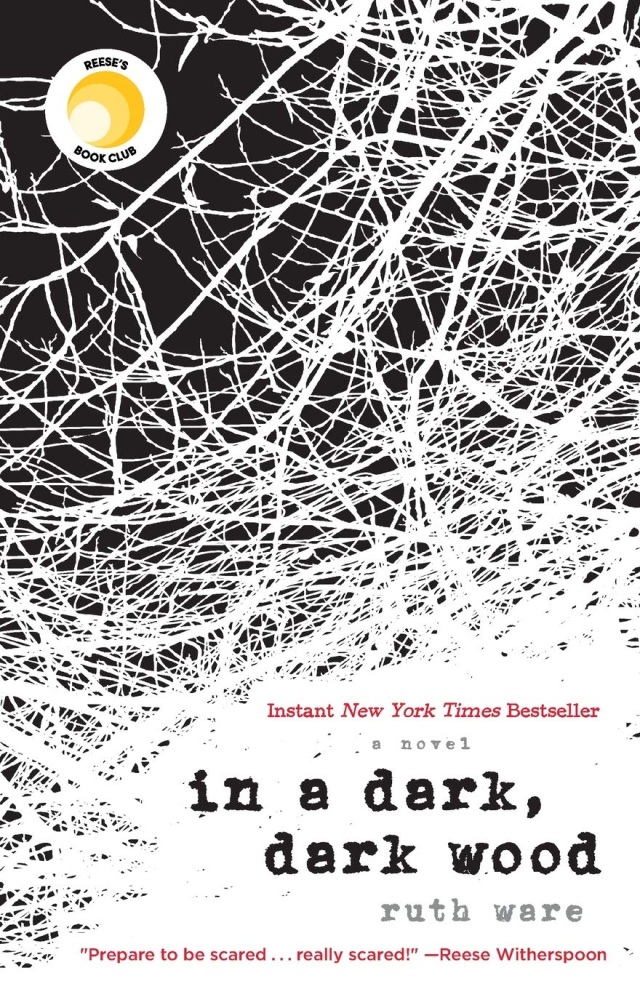 In a Dark, Dark Wood

*AUTHOR OF THE WOMAN IN CABIN 10 and THE LYING GAME

What should be a cozy and fun-filled weekend deep in the English countryside takes a sinister turn in Ruth Ware's suspenseful, compulsive, and darkly twisted psychological thriller. Leonora, known to some as Lee and others as Nora, is a reclusive crime writer, unwilling to leave her "nest" of an apartment unless it is absolutely necessary. When a friend she hasn't seen or spoken to in years unexpectedly invites Nora (Lee?) to a weekend away in an eerie glass house deep in the English countryside, she reluctantly agrees to make the trip. Forty-eight hours later, she wakes up in a hospital bed injured but alive, with the knowledge that someone is dead. Wondering not "what happened?" but "what have I done?," Nora (Lee?) tries to piece together the events of the past weekend. Working to uncover secrets, reveal motives, and find answers, Nora (Lee?) must revisit parts of herself that she would much rather leave buried where they belong: in the past. In the tradition of Paula Hawkins's instant New York Times bestseller The Girl On the Train and S. J. Watson's riveting national sensation Before I Go To Sleep, this gripping literary debut from UK novelist Ruth Ware will leave you on the edge of your seat through the very last page.