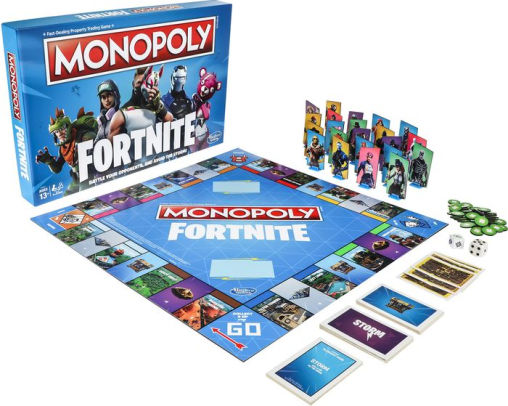 Fortnite is the hottest name in online gaming. Now, IRL-toymaker Hasbro is betting it can convince gamers to put down their joysticks and play an old-school board game Much like in the video game version of "Fortnite," where 100 players fight to the death in "Battle Royale" mode, the goal of "Fortnite Monopoly" is also to be the "last man standing,." But Hasbro has also introduced some changes to traditional "Monopoly" gameplay for the new version, including replacing money with health points and giving players the option of "shooting" their opponents to damage their health.