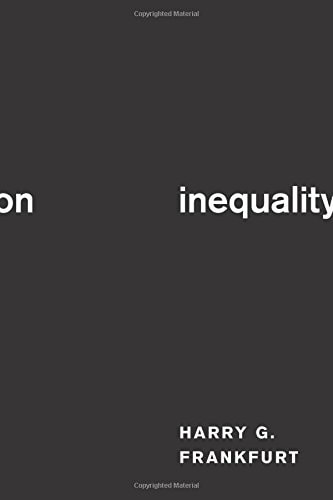 From the author of the #1 New York Times bestseller On Bullshit, the case for worrying less about the rich and more about the poor

Economic inequality is one of the most divisive issues of our time. Yet few would argue that inequality is a greater evil than poverty. The poor suffer because they don't have enough, not because others have more, and some have far too much. So why do many people appear to be more distressed by the rich than by the poor?

In this provocative book, the #1 New York Times bestselling author of On Bullshit presents a compelling and unsettling response to those who believe that the goal of social justice should be economic equality or less inequality. Harry Frankfurt, one of the most influential moral philosophers in the world, argues that we are morally obligated to eliminate poverty--not achieve equality or reduce inequality. Our focus should be on making sure everyone has a sufficient amount to live a decent life. To focus instead on inequality is distracting and alienating.

At the same time, Frankfurt argues that the conjunction of vast wealth and poverty is offensive. If we dedicate ourselves to making sure everyone has enough, we may reduce inequality as a side effect. But it's essential to see that the ultimate goal of justice is to end poverty, not inequality.

A serious challenge to cherished beliefs on both the political left and right, On Inequality promises to have a profound impact on one of the great debates of our time.