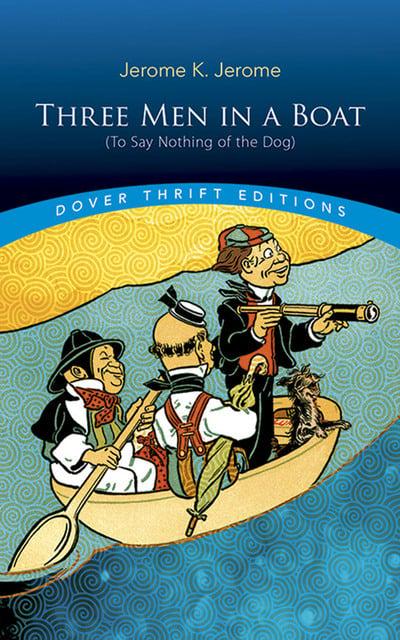 Three Men in a Boat

George, William, and J. agree on one thing: They're overworked and need a rest. A week on the "the rolling deep," they decide, may be just the thing! Off they go with Montmorency, a fox terrier, in joyful anticipation of long, lazy days during a glorious Victorian summer. What happens to these bungling bachelors on their two-week rowing excursion from Kingston-upon-Thames to Oxford and back provides fodder for one of the best-known classics of English humor.

Jerome's timeless comedy traces the trio's misadventures as they struggle with camping equipment and meal preparation, confront rampant hypochondria and unreliable weather, and contend with other disasters -- all of which trumpet simple truths that still resonate today. Originally published in 1889, it was ranked by The Guardian as No. 33 of The 100 Greatest Novels of All Time in 2003, and in 2009, Esquire placed it at No. 2 of The Funniest Books Ever.