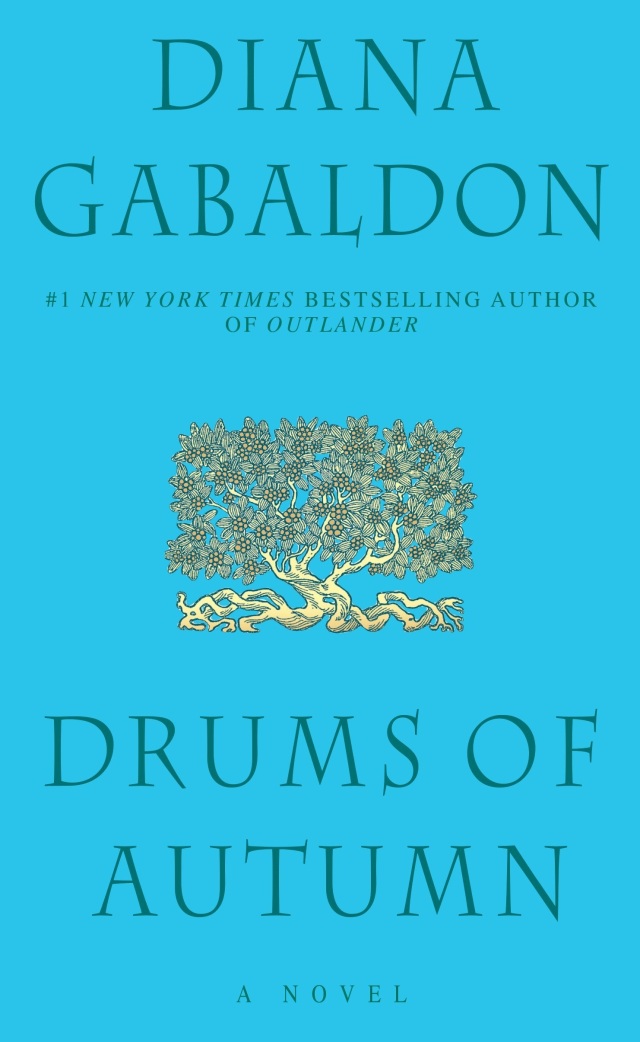 In her long awaited new novel, "Drums of Autumn," Diana Gabaldoncontinues the remarkable story of Claire and Jamie Fraser that began with theclassic "Outlander," and its bestselling sequels, "Dragonfly inAmber" and "Voyager."

Cast ashore in the American colonies, the Frasers are faced with a bleakchoice: return to a Scotland fallen into famine and poverty, or seize the riskychance of a new life in the New World--menaced by Claire's certain knowledge ofthe coming Revolution.

Still, a highlander is born to risk--and so is a time-traveler. Theirdaughter, Brianna, is safe--they think--on the other side of a dangerousfuture; their lives are their own to venture as they will. With faith inthemselves and in each other, they seek a new beginning among the exiledScottish Highlanders of the Cape Fear, in the fertile river valleys of theColony of North Carolina.

Even in the New World, though, the Frasers find their hope of peace threatenedfrom without and within; by the British Crown and by Jamie's aunt, JocastaMacKenzie, last of the MacKenzies of Leoch.

A hunger for freedom drives Jamie to a Highlander's only true refuge: themountains. And here at last, with no challenge to their peace--save wildanimals, Indians, and the threat of starvation--the Frasers establish aprecarious foothold in the wilderness, secure in the knowledge that even warcannot invade their mountain sanctuary.

But history spares no one, and when Brianna follows her mother into the past, not even the mountains can shelter a Highlander. For Brianna too has an urgentquest: not only to find the mother she has lost and the father she has nevermet, but to save them both from a future that only she can see.