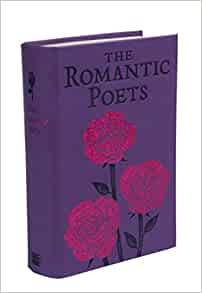 Feelings come alive through the words of the Romantic poets.Romanticism gained traction in the late 1700s as writers moved away from the intellectualism of the Enlightenment and toward more emotional and natural themes. The major works of the movement's six most famous poets--William Wordsworth, George Gordon Byron, Percy Bysshe Shelley, Samuel Taylor Coleridge, John Keats, and William Blake--are represented in this handsome Word Cloud Classics volume, The Romantic Poets. One of the largest and most influential artistic movements in history, Romanticism valued intuition and pastoralism, and its themes are well represented in the verse of its stars.