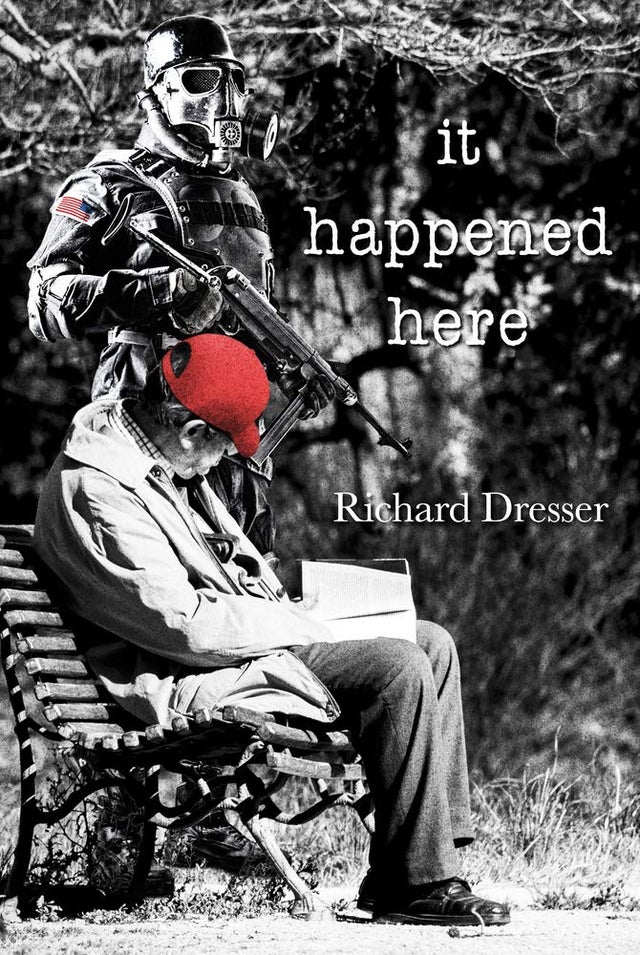 In 1935, Sinclair Lewis challenged readers to imagine an America hijacked by a totalitarian president whose message was fueled by fear, division, and "patriotism." Richard Dresser's It Happened Here delivers a modern vision of just such an America. Set against a sobering and all-too-believable backdrop in which the 2020 elections are canceled and the president usurps his office for the next sixteen years, this is the story of one family divided by politics and ideology. It Happened Here presents a tapestry of personal stories illustrating how the Weeks family navigates the slow death of democracy in the country they all love. Told through the interwoven voices of eight different members, this oral family history is emotionally moving, breathtakingly envisioned, and surprisingly funny. Above all, it is a story of undying hope, even in the direst of circumstances.

Richard Dresser is an award-winning playwright, screenwriter, and television writer. His many plays, including Below the Belt and Rounding Third, have been produced throughout New York, Europe, and leading regional theaters. He is president and a founding member of the Writers Guild Initiative, which conducts writing workshops all over the country with the mission of giving a voice to populations who are not being heard. Dresser teaches screenwriting at the graduate film school of Columbia University and lives in Hastings-on-Hudson, New York, with his wife, Rebecca.