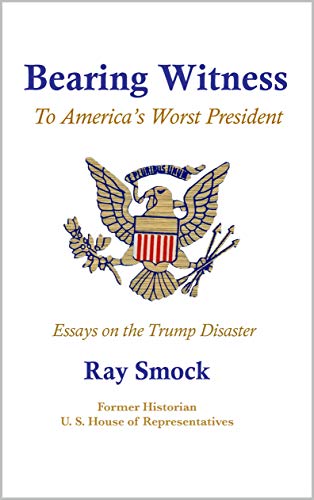 Donald Trump is the worst president in American history according to historian Ray Smock. Readers of this book will discover how and why the author came to this unequivocal conclusion.

Through a series of critical essays that combine breaking news with historical analysis, the author writes in real time as events unfold. This book is an example of citizen vigilance inspired by the Founders of this nation who believed that informed citizens are essential to the success of the Great Experiment in Self Government that is the United States of America.

While journalists are often said to write the first draft of history, Smock demonstrates that historians do not have to wait for a distant "verdict of history" but can weigh in with keen insights as events happen.

The president's lack of leadership in the fight against the COVID-19 pandemic is only one of his colossal failures to understand his role as president to serve the people and provide leadership that no state governments are equipped to handle in times of dire emergency.

Smock is the former historian of the United States House of Representatives.