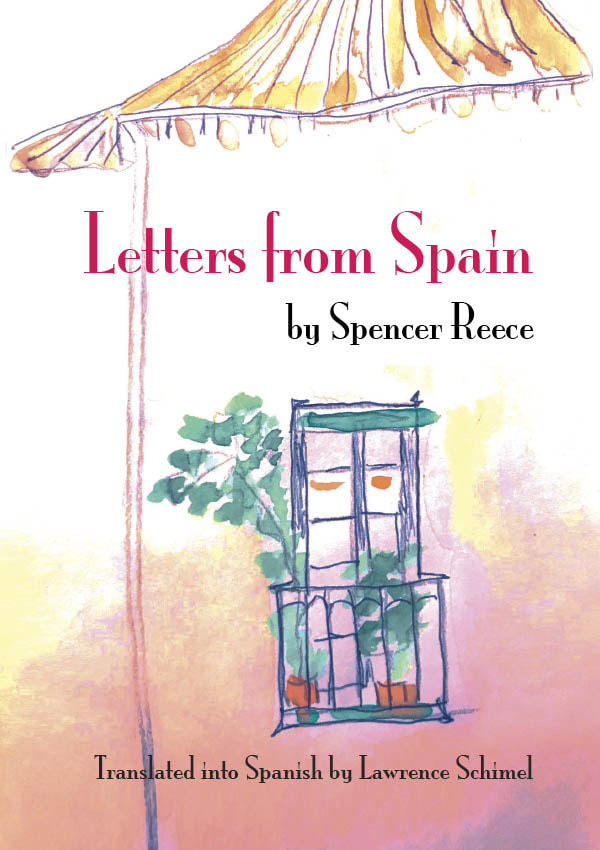 All proceeds from Letters from Spain go to the Lorca Latinx Poetry Prize, a literary prize for an emerging Latinx poet which will result in the publication of a bilingual chapbook.

Letters from Spain is a sequence of fourteen “letter poems.” Not addressed to any particular correspondent, they are addressed to whomever picks them up and reads them. The title is taken from a book written in the 1820s, well-known in Spain, called Letters from Spain, by one Joseph Blanco White, born in Seville, who immigrated to England. He was a Catholic priest who became an Anglican priest. His book gave acute description of distinctive Spanish customs and the book became an enduring sociological study in the 18th and 19th Centuries. In these poems the speaker pays homage to the letter, a slow spontaneous writing that is now, if not gone, certainly fading. The speaker of these poems is a priest, just like Blanco White, and is sending out his epistles to the world about life in a beautiful country he’s accidentally landed in. The letters cover a decade. The titles are all in Spanish, first denoting times in our speaker’s first liturgical year in Madrid and then towards the end of the sequence time speeds up. Spanish is mixed throughout the piece, more towards the end as the speaker grew more bilingual with the page of time. The unified sequence appeared complete in The Cortland Review in their fall 2020 issue. The Paris Review previously published three of the letters.

Spencer Reece’s debut collection of poetry, The Clerk’s Tale, was chosen for the Bakless Poetry Prize by Louise Glück and adapted into a short film by James Franco. His 2013 collection, The Road to Emmaus, was longlisted for the National Book Award.

Reece held a fellowship from the Guggenheim Foundation and the National Endowment for the Arts. He also received a Fulbright grant to work with orphans at a Honduran orphanage from 2012-2013.

Born in Connecticut and raised in Minneapolis, Spencer Reece earned a BA from Wesleyan University, an MA at the University of York, an MTS at Harvard Divinity School, and an MDiv at Yale Divinity School. He was ordained by the Episcopal Church in 2011.