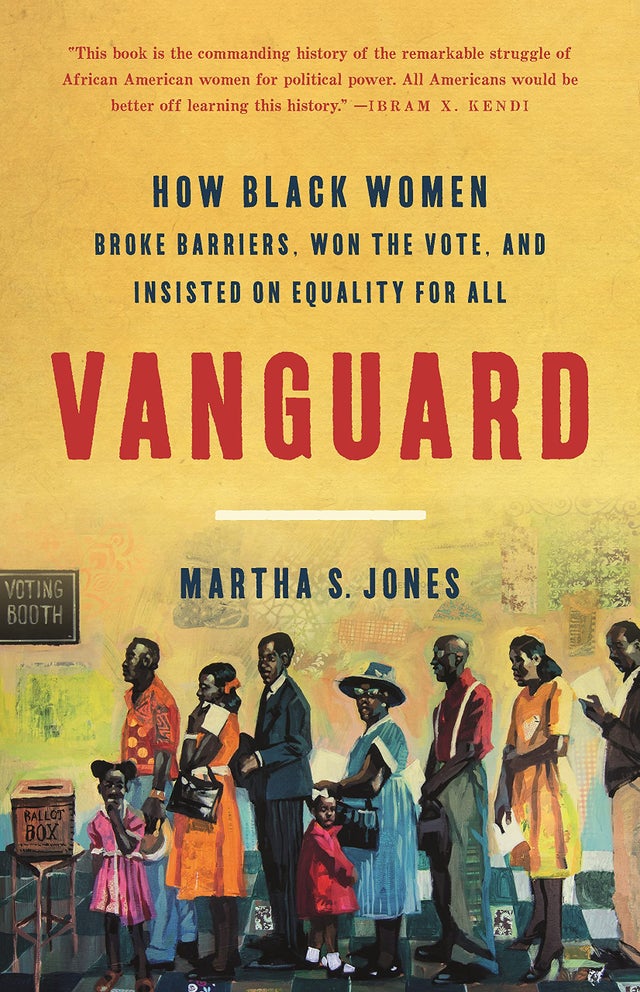 "According to conventional wisdom, American women's campaign for the vote began with the Seneca Falls convention of 1848 and ended with the ratification of the Nineteenth Amendment in 1920. The movement was led by storied figures such as Elizabeth Cady Stanton and Susan B. Anthony. But this women's movement was an overwhelmingly white one, and it secured the constitutional right to vote for white women, not for all women. In Vanguard, acclaimed historian Martha Jones offers a sweeping history of African American women's political lives in America, recounting how they fought for, won, and used the right to the ballot and how they fought against both racism and sexism. From 1830s Boston to the passage of the Voting Rights Act in 1965 and beyond to Shirley Chisholm, Stacey Abrams, and Kamala Harris, Jones excavates the lives and work of black women who, although in many cases suffragists, were never single-issue activists. She recounts the lives of Maria Stewart, the first American woman to speak about politics before a mixed audience of men and women African Methodist Episcopal preacher Jarena Lee Reconstruction-era advocate for female suffrage Frances Ellen Watkins Harper Boston abolitionist, religious leader, and women's club organizer Eliza Ann Gardner, and other hidden figures who were pioneers for both gender and racial equality. Revealing the ways black women remained independent in their ideas and their organization, Jones shows how black women were again and again the American vanguard of women's rights, setting the pace in the quest for justice and collective liberation. In the twenty-first century, black women's power at the polls and in politics is evident. Vanguard reveals that this power is not at all new, but is instead the culmination of two centuries of dramatic struggle"--