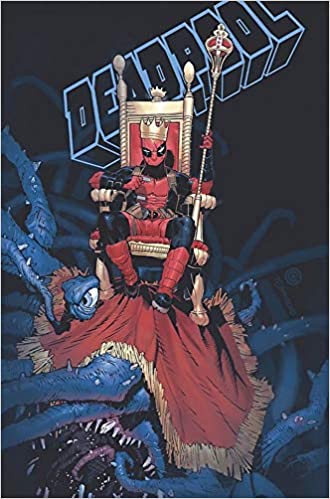 "A new era begins for the Merc with a Mouth! Deadpool's newest job has him going after the King of Monsters, who has claimed a new kingdom for his terrifying subjects...on Staten Island! But you know what they say, when you come at the king, you better not miss! Soon, Wade Wilson finds himself with a new role - one that leaves him neck deep in political intrigue, with major obstacles including Captain America and the monster-hunting Elsa Bloodstone in his way! Will Deadpool's smooth charisma and deft diplomacy allow him to keep his head - or will he be royally screwed? Heavy hangs the head that wears the crown - particularly when it's in the sights of some of the deadliest people in the Marvel Universe!