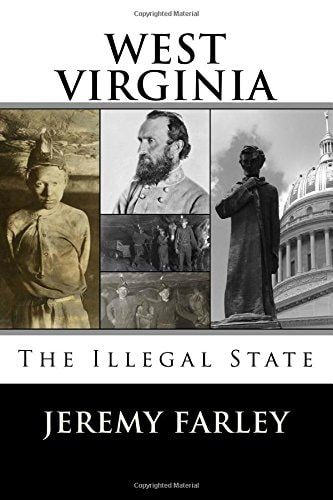 Written by Mingo County native Jeremy T.K. Farley, founder of Appalachian Magazine and descendant of a Confederate prisoner of war from Logan County, Farley not only lays out a very clear case as to why West Virginia was created illegally, but also links the state's unconstitutional beginning to many of the woes that have plagued the Mountain State throughout its entire existence. Championing the cause of Southern West Virginia, this book asserts that much of the Mountain State's disproportionate level of poverty, political suppression and historic labor wars - especially in the southern region - can be directly attributed to the illegal creation of West Virginia and the subsequent neglect following the West Virginia Statehood Act - America's coup d'état. Though the state's motto may boldly proclaim that "Mountaineers are Always Free," in reality, thanks in large part to the unlawful precedence set by the 1861 assembly, West Virginia's mountaineers have historically been the most oppressed people in the nation. Perhaps the most heartbreaking element regarding the creation of the State of West Virginia is this: While the rest of the nation was casting off the evil chains of slavery in the closing days of the nineteenth century, the groundwork was being laid in the Appalachian Mountains of West Virginia for a new people to be enchained. In the century ahead, the plantations and cotton fields of Georgia gave way to the mines and company towns of Matewan and Paint Creek. The slave owners were replaced with distant industrial corporations profiteering on the backs of America's once independent mountaineers. Taskmasters were exchanged for notorious mercenaries and terrorists such as the Baldwin-Felts Detectives, whose acts of brutality are unrivaled by even the most demonic slave owners. It is both heartbreaking and frightening to witness how quickly the mountain people of southern West Virginia went from being known as the free spirited Scotch-Irish to impoverished miners living in coal camps begging for just a temporary respite - all of which can be traced to the illegal and ill-advised creation of West Virginia.