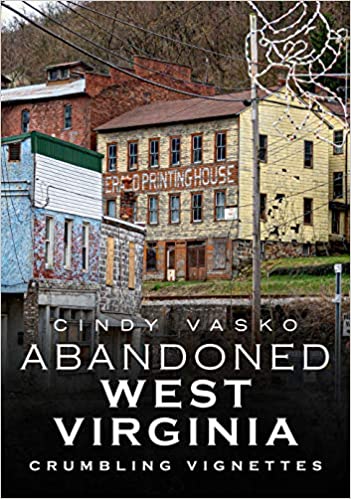 Explore the haunting imagery of Abandoned West Virginia and see a world most will never realize. West Virginia grips serious history, and its former life will leave an imprint on one's soul, as well as force meditations about discontented spirits lurking inside some of its forsaken palaces of misfortune. Trans-Allegheny Lunatic Asylum and West Virginia State Penitentiary hold tales of too many tragic scenes played out behind bolted doors and removed from public view. Lake Shawnee Amusement Park still retains silent rusted rides as monuments to its raw past. Harpers Ferry bellows Civil War chronicles with every step on its cobblestone streets. Peek at the pages of derelict homes and wonder about the abandoned memories of its former occupants. We live in a hyper-structured world and faithfully adhere to repetitive patterns of life. Our inner explorer, however, constricts with excessive order, and we often view our environment but do not see what is around us. Step into the unfamiliar and discover the legends and lore of West Virginia, and perhaps fathom that some restless spirits might still prowl within their forlorn domains.