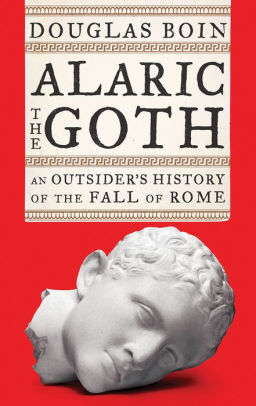 Stigmatized and relegated to the margins of Roman society, the Goths were violent "barbarians" who destroyed "civilization," at least in the conventional story of Rome's collapse. But a slight shift of perspective brings their history, and ours, shockingly alive.

Alaric grew up near the river border that separated Gothic territory from Roman. He survived a border policy that separated migrant children from their parents, and he was denied benefits he likely expected from military service. Romans were deeply conflicted over who should enjoy the privileges of citizenship. They wanted to buttress their global power, but were insecure about Roman identity; they depended on foreign goods, but scoffed at and denied foreigners their own voices and humanity. In stark contrast to the rising bigotry, intolerance, and zealotry among Romans during Alaric's lifetime, the Goths, as practicing Christians, valued religious pluralism and tolerance. The marginalized Goths, marked by history as frightening harbingers of destruction and of the Dark Ages, preserved virtues of the ancient world that we take for granted.

The three nights of riots Alaric and the Goths brought to the capital struck fear into the hearts of the powerful, but the riots were not without cause. Combining vivid storytelling and historical analysis, Douglas Boin reveals the Goths' complex and fascinating legacy in shaping our world.