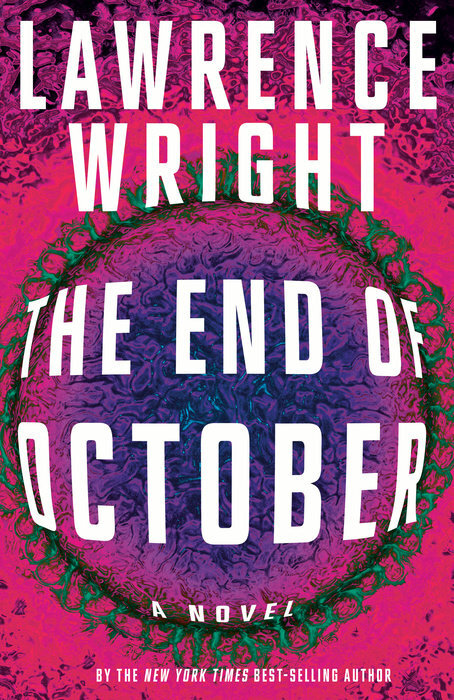 The End of October

In this riveting medical thriller--from the Pulitzer Prize winner and best-selling author--Dr. Henry Parsons, an unlikely but appealing hero, races to find the origins and cure of a mysterious new killer virus as it brings the world to its knees.

At an internment camp in Indonesia, forty-seven people are pronounced dead with acute hemorrhagic fever. When Henry Parsons--microbiologist, epidemiologist--travels there on behalf of the World Health Organization to investigate, what he finds will soon have staggering repercussions across the globe: an infected man is on his way to join the millions of worshipers in the annual Hajj to Mecca. Now, Henry joins forces with a Saudi prince and doctor in an attempt to quarantine the entire host of pilgrims in the holy city . . . A Russian émigré, a woman who has risen to deputy director of U.S. Homeland Security, scrambles to mount a response to what may be an act of biowarfare . . . Already-fraying global relations begin to snap, one by one, in the face of a pandemic . . . Henry's wife, Jill, and their children face diminishing odds of survival in Atlanta . . . And the disease slashes across the United States, dismantling institutions--scientific, religious, governmental--and decimating the population. As packed with suspense as it is with the fascinating history of viral diseases, Lawrence Wright has given us a full-tilt, electrifying, one-of-a-kind thriller.